What to do a weekend in Seville 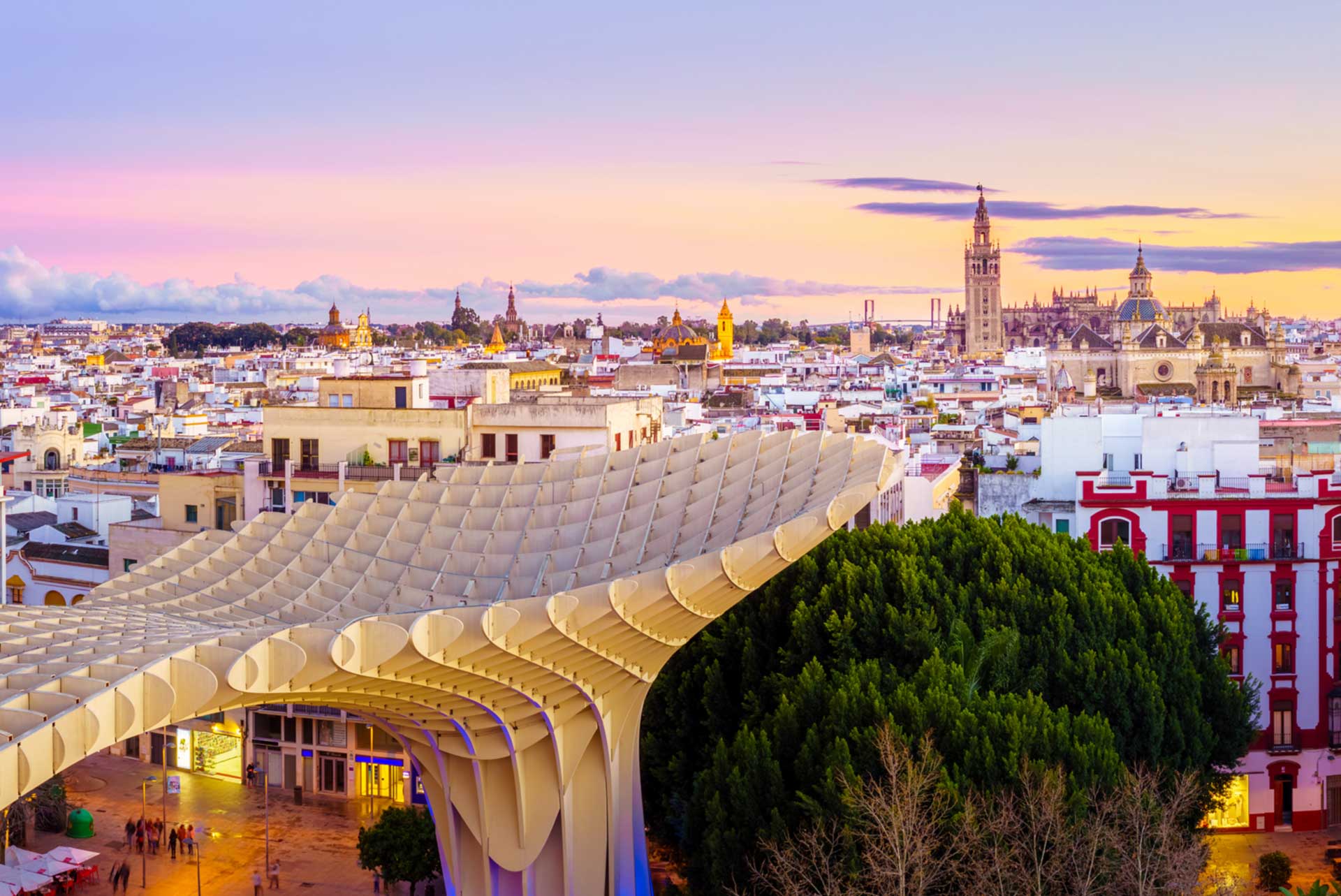 This huge structure is like being in a small world itself, you will lose hours observing the beauty of its different architectural styles, in addition to finding relics and historical curiosities inside.

With different chapels in the largest Gothic cathedral in the world and is a building declared World Patrimomy.

You will find some clues about the mosque that was in that same place, especially if you visit the courtyard of the orange trees, where Muslims practiced ablution.
Definitely of the best photos you can take inside is at the top of the Giralda tower, which was the minaret of the mosque, but there are spectacular places in every corner.

This is a wonderful palace from the Muslim era, nowadays it is constituted as the oldest royal palace in Europe, a complex that is still used by the Spanish royal family.

During the visit, you will walk from a wonderful patio towards others, notice the carving of the roofs in the different palaces, look around and you will see the extension and leafiness of the gardens of this palace.

A good perspective of everything you’ve traveled, can be taken from the Grutesco Gallery.

Seville is the house of tapas, and the narrow and labyrinthine streets of the historic center are surrounded by tapas bars

These tapas can be the famous bravas, squid, ham or prawns with garlic.

Of the most popular places to take some of the most traditional tapas are, Casa Ricardo Antigua Casa Ovidio, La Taberna del Arenal, Bodega de Santa Cruz.

And do not forget to try the wine of oranges made with the oranges of the city, one of the most typical places where you can find it is very close to the Giralda tower in a place called, the Tavern of Álvaro Perejil.

This attraction is part of the framework of buildings of the Ibero-American Exhibition, collecting the most important relics of the archaeological remains found in Sevillas and its surroundings.

The most interesting thing is from the Bronze Age: For example, dated in the eighteenth century AD is the treasure of the Carambolo.

This treasure belongs either to the Tarte culture located on the banks of the Guadalquivir, or to the Phoenicians

On the other side of the Guadalquivir, next to the old town we find the Triana neighborhood.

This part of the city, associated for many reasons with the Sevillian culture, such as ceramics or flamenco among other examples.

In the 15th century it is the place of settlement of the Gypsies that arrive in Seville and is considered one of the places where flamenco is born.

To get to the heart of Triana, you can cross the Isabel II Bridge very close to the Plaza de Toros, in addition to its Purity street where you can find one of the most iconic images of the Holy Week in Seville, La Esperanza de Triana.

This colossal monument was built as the main pavilion for the Expo of 29 and is located next to the Maria Luisa gardens.

It is a semicircular square which borders a canal and around it a large curved palace. You will find busts at the top of the arches of important national figures in addition to the small facilities that you will find for the representation of the Spanish provinces.

It contains today some administrative buildings of the city.

The largest green space in the center of Seville, originally belonged to the San Telmo Palace, dated in 1682.

In the second half of the 19th century the land was donated to the city by the Infanta Luisa Fernanda. The gardens of Maria Luisa is one of those places with endless surprises in each of its paths, ornate ponds, pavilions, sculptures and fountains carved with ceramics